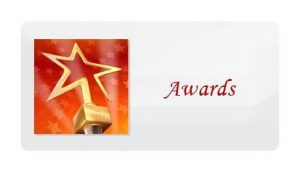 Here is the list of awards and honors Keller Williams Realty has received.

We continue to strive to be the best in the industry and it’s because of our agents we can attain such accolades. These awards are for every Keller Williams agent!

Best Companies to Work for in Texas – #15
Austin’s Healthiest Employers – #10
Austin American Statesman – Top Workplaces – #7
Entrepreneur Magazine – Franchise 500 list for fifth year in a row
Inc. Magazine – 5,000 fastest-growing companies in the United States list for the fifth time since 2007
Training Magazine – A top 125 training organization in the United States
Workplace Dynamics – #9 on the Top 10 List of Workplaces in the US
REALTOR Magazine – Seven of the Top 30 Under 30 list were KW agents, more than any other real estate franchise
The National Association of Hispanic Real Estate Professionals – Top-Producing 250 Latino real estate agents in the United States, including the #1 spot
REALTOR Magazine – Good Neighbor Award Finalist
REAL Trends 500 – 23% of the Top 500 brokerages by closed volume, and 22% of the Top 500 by closed transactions
Wall Street Journal/REAL Trends “The Thousand” – 11% of the top 1,000 agents, and nearly 25% of the top teams ranked by transaction sides, more than any other company
REAL Trends’ The Best Real Estate Agents in America – #1 team by volume in 17 states and and #1 team by units in 21 states
Wall Street Journal Bestsellers – The ONE Thing #1 bestseller on WSJ, appearances on more than 130 bestseller lists, including The New York Times, USA Today, Hudson and Amazon